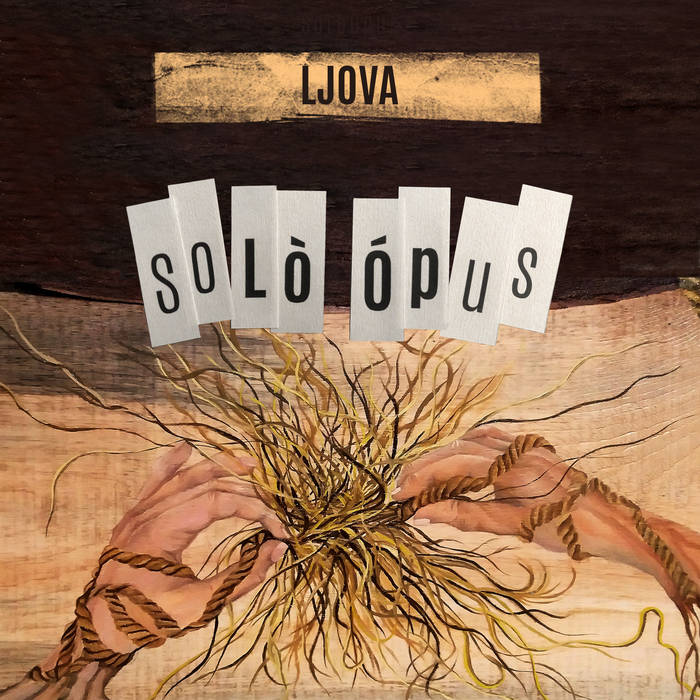 It appears that “SoLò Ópus” is my tenth album, a round number of some significance but also simply a number. I’m incredibly grateful to have created ten albums in roughly a dozen years with some truly wonderful collaborators — musicians, filmmakers, choreographers, visual artists — who have pushed me to think in different styles, instrumentations and directions. It is truly an honor to dream and reflect with them. Their musical tastes have grown mine, their understanding of music as a visual subtext has expanded my palette, as had their sense of timing.

I’m excited that my tenth album marks a return to creating solo pieces without any specific notation but only an idea of the form, in my home studio, where it all began. I’m very hopeful that you will enjoy it.

Sometimes things have unintended consequences. My first album, “Vjola: World on Four Strings” was comprised primarily of multitrack viola demos I had created for my earliest film scores. To re-interpret some of this music in a concert setting, I created a band — Ljova and the Kontraband -- but almost immediately the band began to have a new direction and inspired a repertoire of its own. As the band grew to record and tour across the US, Canada, the UK and later Taiwan, I was often approached about performing smaller, more intimate shows.

I bought my first looper to see if I could find a way to recreate some of my repertoire and see where it could lead. And once again — just as with the creation of the band — practicing and performing with a looper began to draw me in a direction of its own –– slower, more expansive. With greater longing.

Looping music can be very simple - you record “something" and the looper plays it back. But in practice, working with four or five independent loops and unlimited overdubs as I often do, the experience of live looping is anything but predictable. I began to understand that recording “something” does not have to be as straightforward - perhaps I’ll record only “some” and “thing” can happen later. Perhaps I'll focus on just the sound of “s” and overdub to get a sea of sibilants. The starts and stops of loops can get obscured sometimes, so that “something” can become “thingsome” or any number of other sounds.

Looping always brings me to unexpected musical challenges. It’s perfectly effortless to stack ideas on top of each other with a looper, but if done too carelessly what ensues can become an incomprehensible mess. Finding a
way to create new layers while building a thruline for the listener is the challenge, to see the overarching form as it’s being created in realtime.

Playing and composing with a looper has taught me so much about listening and memory. There is no score — when I look at my feet, the loopers have only flashing lights to tell me that something is being played back or recorded. What is the sound behind these flashing lights -- is it a short loud gesture or a long soft phrase, what is the range, how can it interact with another loop? Is it worth repeating or should I morph it into something else? This is the conversation I keep having with myself while trying to shape a looped composition into being.

My looper rig is very consciously set up for composition — most of what I do is create notes. I do not use any effects pedals on this record — no delay, no distortion, no funky reverbs – preferring instead to create all effects with the bow, with the notes between the notes. I view my looper work as a way of composing something that may eventually be notated and reinterpreted by someone else. (This was also the case with my first album, where some of those multitrack pieces found their way onto programs by Yo-Yo Ma and the Orlando Philharmonic, Brooklyn Rider and many other string quartets.)

Things go wrong often. Loops do not line up in the perfect tempo, loops begin too early or start too late, or not at all. It’s challenging to be very precise — I welcome imprecision with open arms and see where it may lead, viewing mistakes as an opportunity to find a different solution. It fits very well with my nature.

The second star of this album is the ​fadolín,​ my 6-string violin, built by Eric Aceto in Ithaca, NY, which is featured on the first three tracks. It comprises the range of the violin, the C string of the viola, and adds a low F string at the bottom (hence the FA+DO+vioLIN), reaching all but the last five pitches of the cello’s lower range on an on a violin-size frame. Initially, I bought a fadolín following inspiration from Kyriakos Gouventas, a violinist in the band of Greek vocalist Savina Yannatou, and from John Adams’ concerto “​Dharma at Big Sur”​ (written for violinist Tracy Silverman). Six-string violins are a rare breed, in part perhaps because there is little notated music for the instrument -- something I am hopeful to improve upon by writing a suite of new works.

“The Comet” — the longest track on this album — was improvised a few days after the 2016 Presidential Election as a prelude to performing a set with the Syrian clarinetist Kinan Azmeh. The piece begins in the very harmonious key of A-flat major – but there is tension between the notes, a sense of urgency that builds to an epic climax over the course of the track. When the opening melody returns at the end, its context is forever changed. Improvising the piece at the premiere, I remember thinking “let’s hold this a-flat as long as possible” – and by giving the music time to settle in, the arch of this piece was born.

“Say It” was improvised before a set with the Romanian vocalist Sanda Weigl. My initial inspiration was to build something from a series descending chords, with the image of a deflating balloon.
In re-recording both pieces for the album, I tried to capture the essence and structure of the live versions, but leaving other items to chance.

“Lamento Larry” was inspired by news of a fatal accident — Laurence Neff was the longtime Lighting Designer and Production Director for the Kronos Quartet, whom I got to know while working on several Kronos arrangements. Larry died while pruning a tree in his mother’s garden. It was the cruelest death I could never imagine, and I created this piece in his memory.

“Lullaby for J.S.” was recorded in a hospital, at the bedside of my mentor, conductor and violinist Jonathan Strasser, one of my earliest musical inspirations in America. I played in his orchestras from age 11 until 18, six or seven days a week. We were also neighbors, and I would often run into him on the street.

Early in 2017 I heard that Mr. Strasser was in the hospital. I went to visit him, and he was as lucid as ever (he’d say “feisty” - it was important for him to be feisty), but weak. The next week my wife and I went on a trip to Cuba — when we returned, I went to visit him again. He was weaker, no longer speaking. I continued to visit him, hoping for a breakthrough.

On this particular day, visiting after a day of teaching, I had my viola with me. Mr. Strasser was resting in a hospital room, surrounded by beeping noises of various medical machines. I wanted to play some soothing music, to see if I could calm the room and help these noises recede to the background. The result became a duet for plucked viola and beeps — a loop of hospital machinery, if you will. Midway through the piece, I attempted to insert some of the happier fragments from the ​Intermezzo from the opera Cavaleria Rusticana by Mascagni, a longtime favorite of Mr. Strasser’s. I felt that perhaps it was my way of performing something with Mr. Strasser, that he was making those beeps and we were performing together. After recording this piece on my phone, I picked up my bow and played some Bach. He passed the next day.

This album would not exist were it not for the love and support of my wife Inna Barmash, my parents Alexander Zhurbin and Irena Ginzburg, and our boys Benjy and Yosif. It would be impossible to create this music without my fadolín, made in Ithaca by Eric Aceto, my viola made by Alexander Tulchinsky, and without the Boomerang looper, which is the main ingredient of my rig. I’m grateful to James Sizemore and Alex Kharlamov for their longtime mixing expertise, and to Steven Berson for mastering nearly all of my records. Lastly, this is my first record to feature not a photograph but stunning visual art by Neta Margalith, with design by Glenda Morahan.

Thank you to all of my Patreon members for their ongoing support. In loving memory of Jonathan Strasser and Laurence Neff.
-Ljova

with love to my parents, Alexander Zhurbin and Irena Ginzburg, my wife Inna Barmash, our kids Benjy and Yosif; in memoriam Laurence Neff and Jonathan Strasser.

Semiratruth joins the show to discuss their latest release, "loading..".